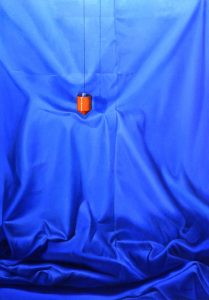 Artist Bio:
Nunziante was born in Naples in 1956 and experimented with oil painting at the age of eight. In 1983, America met the work of Nunziante at the Artexpo in New York and Los Angeles. In 1990 it is Tokyo to host him with a personal one. In ’91 still New York and in 1992 Florence. This is also the decade of great confirmations, successes and awards: he exhibits in New York, Philadelphia, London, Paris, Miami and Prague.

2009 is the year of the great anthologies in the museums of Turin and Rome and of the Beverly Hills exhibition “Metaphysical & Surrealism”.

On the occasion of the year of Italian Culture in America, five major works will be exhibited at the Italian Consulate in New York until June 2013. Two important successes will mark 2013: the price records from Sotheby’s New York.

“Leonardo da Vinci – The inventions of a genius” continues its world tour at the La Sucriére Museum in Lyon, from September 13th 2018 to January 13th 2019. Simultaneously with Leonardo’s tour he also exhibits his works in Istanbul at the Unique Museum between October and December 2018, alongside those of Pablo Picasso and Joan Miró.