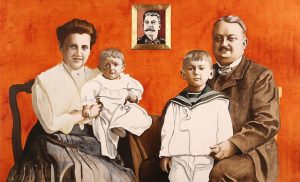 He studied mechanical engineering and worked in the family business, a company specializing in packaging machines for the cable and wire industry, or 23 years. He travelled the world representing the company as its official president.

Gordon eventually left the family company in 2004, after having struggled with feelings and doubts about his future for many years.

As a teenager, Gordon acquired a keen interest in photography, and later in graphic design and typography. He occasionally made sketches and drawings as well but was never consciously interested in fine art.

After leaving the family business Gordon set out to teach himself to be an artist, reading art history, going to museums and galleries and working hard at the easel. A one-week painting course at a well-reputed Swedish art school, mainly taught him how to clean brushes.

Gordon has concentrated on capturing faces and people, painting predominantly on untreated plywood with oil paints. The grain of the plywood provides an interesting texture and working with wood offers the possibility of creating sculptural paintings.

Gordon is also working with steel, making laser cut sculptures. These steel sculptures have become very popular with his collectors in Sweden. Spending time in the desert landscapes around Santa Fe and the Four Corners area has influenced his work as well. His still life paintings on plywood have also become popular with collectors.

Gordon was selected to be part of a large Studio Tour in the southwest of Sweden in 2015. The tour is held every Easter and he has welcomed as many as 3000 visitors to his studio each year, garnering significant media coverage as well as excellent feedback.

Gordon and his wife Andrea purchased a home in Santa Fe, New Mexico in 2012 and now spend 8–9 months per year in the Southwestern United States. In 2016 they built a studio/guest house on their property, just a few minutes walking distance from Canyon Road. Gordon designed the studio and custom-built the kitchen cabinets. His particular style of painting, and appreciation for the Southwest, is distinguishable in the images depicted on the plywood cupboard fronts and doors. 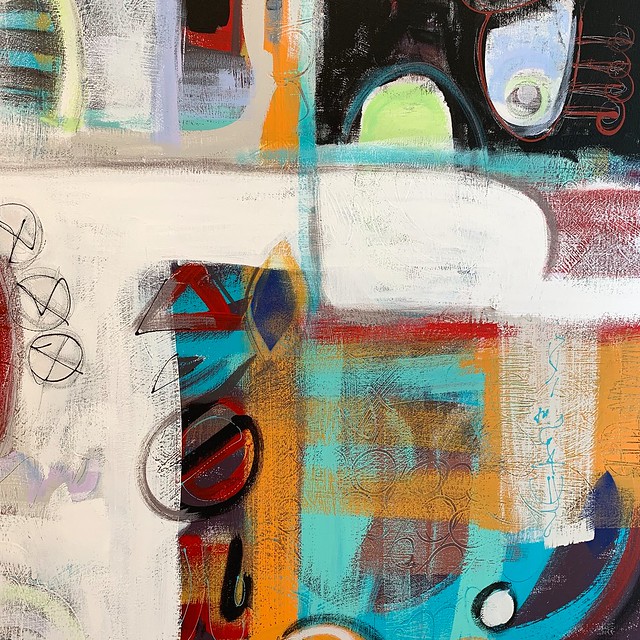